Curious about male protagonist dominance in video games, I decided to do a little research…

The following post was originally published on my IGN blog on 6/15/13. It went on to be featured on the front page of IGN.com.

After all of the announcements at E3, I was curious to find out the genre breakdown between the games announced at E3 as well as their protagonist genders. To delve into this information, I pulled the original Big Games at E3 2013 list (156 games), mapped the platform section into a quantifiable “TRUE”/“FALSE” list, gathered genre lists from both IGN and Wikipedia, and researched the gender of the protagonist of each game. 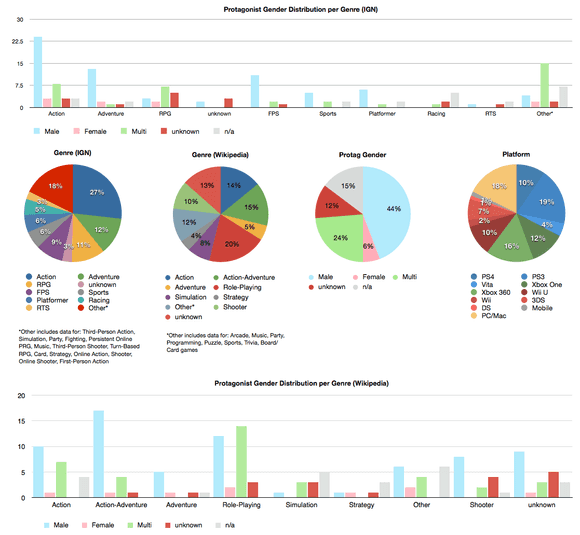 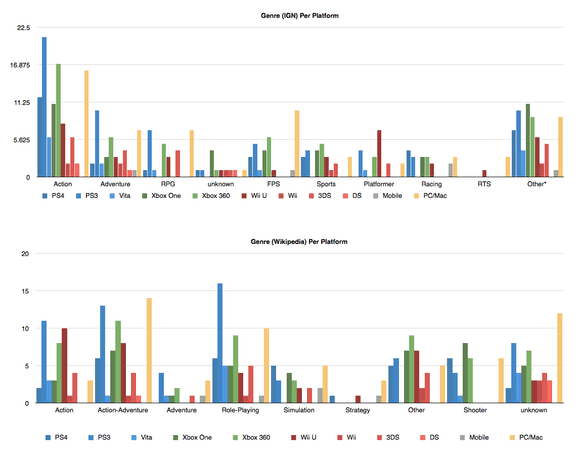 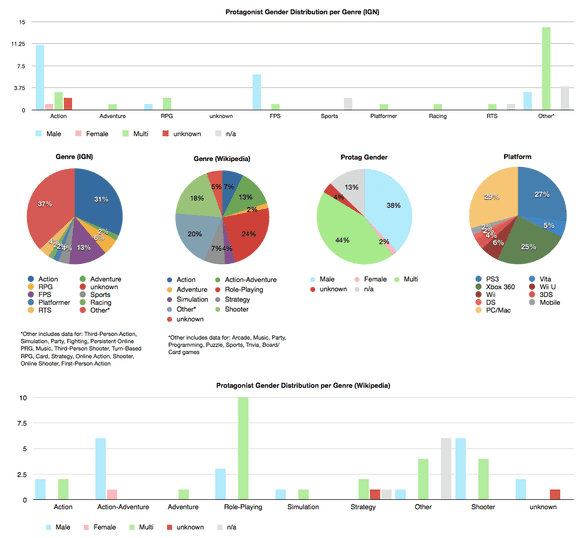 This is still very much a work in progress as there is plenty of unknown data. Seeing as these charts only map E3 2013, there is no current assessment of industry trends; however, I am currently adding previous E3’s to this research. I may be reaching out to the community for assistance in updating this data to slim down on the amount of unknown and update on previous E3s.

UPDATE; 2013-06-20, 12:10p: Wikipedia video game genres have been simplified for broad classification. Wikipedia classifies “Shooter” as a sub-Action genre. For the purposes of this study, “Shooter” has been given its own classification.

UPDATE; 2013-06-21, 9:15a: Added charts for Genres Per Platform and Genres Per Brand. Thank you all for your feedback and comments! Loving the discussion!