Continuing my research of video game genre and protagonist/main character gender, here is the collected data from E3 2014. The sample list of 152 video games was sourced from IGN’s Games at E3 2014, platform data mapped to a quantifiable “TRUE”/”FALSE” list, genre lists collected from both IGN and Wikipedia (limited to primary genre), and the main character gender researched to the best of my ability. 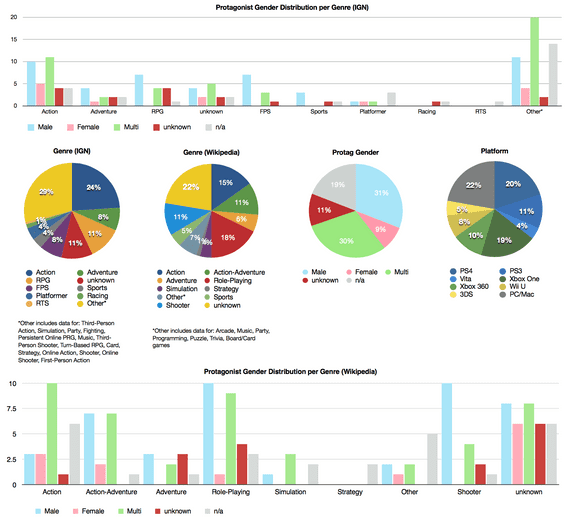 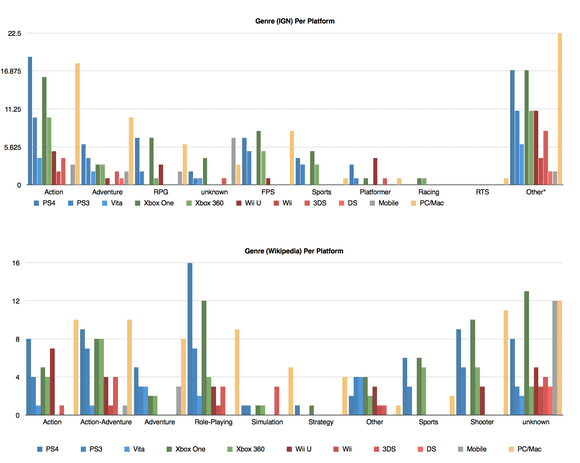 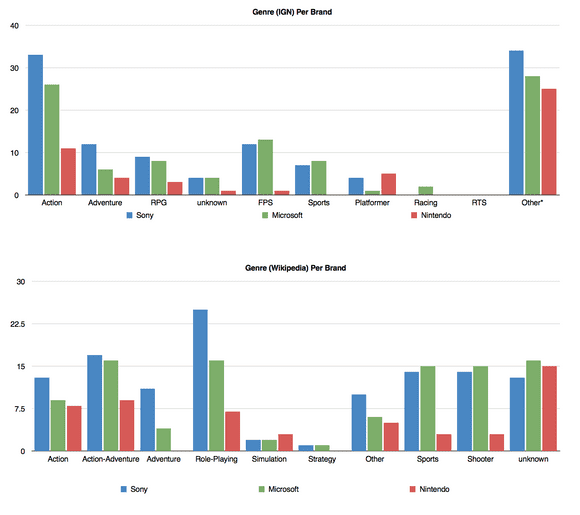 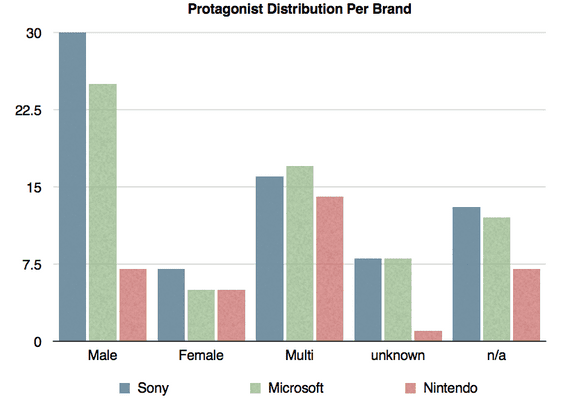