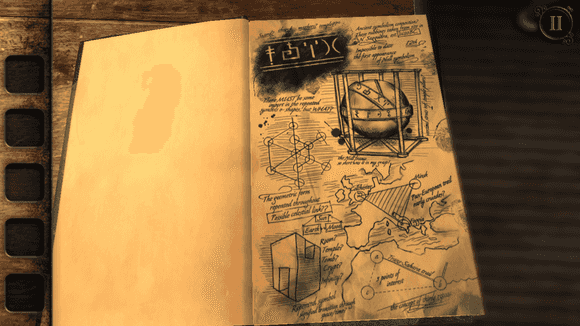 On occasion, usually during App Store visits, the question whether Fireproof Games had released the (by my standards) highly anticipated third entry of The Room series bubbles up. Admittedly and shamefully, I don’t follow Pocket Gamer or Touch Arcade with any sort of regularity. (Changing that now.) To my surprise, I had come to find out about the release of The Room Three in Ben Kuchera’s argument as a gamer for switching to iOS:

The release of The Room 3 finally broke me. Last night I went to my local AT&T store, suffered through the inevitable awful wait, and traded in my Galaxy Note 4 for an iPhone 6S Plus.

Let this in-and-of-itself give credence to The Room. And not just the third entry, but the series as a whole.

The Room series stakes its claim on connected hyper-schewmorphic puzzles, set in a Myst-style photorealistic environment, all for the sake of solving a mystery. You crank gears, adjust mirrors, light fires, slide latches, and flick switches in an attempt to find out where the hell you are, how the hell you got there, what all of these cryptic symbols and anicent references mean, how deep the rabbit goes, and what pathological nut case is stringing you along. For a symbolic, deep-meaning, puzzle junkie such as myself, it’s perfect.

In the first entry, the player was tasked with getting to the center of a box. Said box rests in “the room”. To open the box, you must solve the puzzles of the box. The more the player digs, the tricker puzzles become; the deeper the mystery gets.

The Room Two expands beyond the box, donning the player with a special eyepiece to see hidden messages scattered about. This sequel also expands movement, allowing the player to scour rooms for clues and secrets. It dabbles deeper into the classical elements (earth, wind, water, fire) to find The Null. 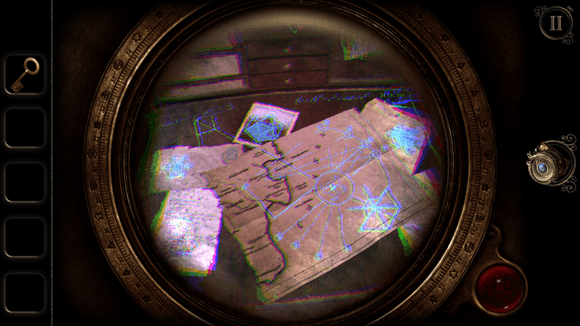 The Room Three takes movement and depth one step further with the addition of areas (levels) to explore and a new lens addition for your eyepiece; one that allows the player to dive deep into the miniature mechanics of the machines seen about. To use a mechanism for one puzzle, you must solve the puzzle within the mechanism.

I found there to be a bit of repetition with the puzzles, not to mention some overly obvious and seemingly pointless tasks. (Yes, I will slide that thing to the left because I have no other option to do anything else.) But that’s the charm of The Room. It always has been. Sticking a key in a whole won’t do anything unless you turn the key, right?

The mysticism and cryptic nature of The Room Three felt a bit lackluster. Not many otherworldly references or hair-raising messages. (Granted, it’s been two years since I’ve spent time with The Room Two. Maybe this was the case there as well.) It felt hallow. Not necessarily that the dark charm and personality had been altogether lost, but maybe that the developer was too fatigued with adding puzzles to a world so large that depth took a backseat to time.

Which brings me to the awe inspiring essence of The Room series. Regardless of the charm falling flat or the occasional overt obviousness, the mind-bending  machines and realism Fireproof Games continues to dream up is inspiring to the point that it’s excruciating. There is dazzle and surprise around every corner; astonishing cleaverness in every puzzle; perfectionism in art direction and machanics.

Predictably, The Room Three was a delight to solve. Truly a treasure through to the end. Though sadly, it was the end that finally kicked the cleverness up to my desired notch. I continue to think on what mad scientists and otherworldly designers continue to craft such detailed experiences.