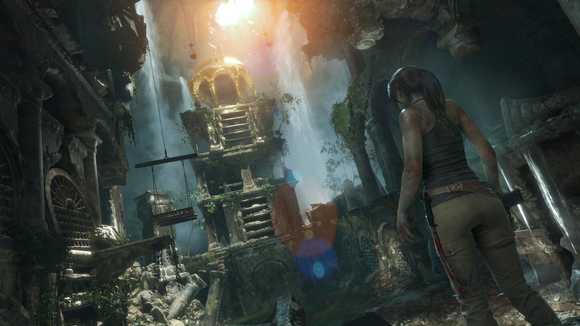 In the shadow of Naughty Dog’s Uncharted series, I’m not entirely sure it’s fair to say Square Enix’s 2013 Tomb Raider reboot set a bar, but it certainly showed that Square Enix has the chops to add a fair contender to the photorealistic action-adventure genre. To say it another way, if it weren’t for the lack of wit, I wouldn’t have been surprised if Nathan Drake made a cameo. That is a compliment.

Uncharted similarities aside, I imagine Tomb Raider was a welcome reboot of the franchise. Missing a chance with the original Tomb Raider series, 2013’s Tomb Raider was my first-ever jaunt with Lara Croft, and it certainly had me yearning for adventures with her. The mechanics felt nice. There were enough collectibles to make its linear nature feel a bit more open. And it was certainly gorgeous.

However, having never played the original Tomb Raider series from the late-90s, I was unfamiliar with the concept of raiding tombs. Thinking back on my play-through, the reboot had very little to do with it’s namesake. Many Tomb Raider reviews called out the lack of the core aspect of the franchise. In any case, my enjoyment with the reboot left me unquestioning of the game’s title.

Square Enix’s sequel/prequel (the trial doesn’t paint a fair picture of the timeline) Rise of the Tomb Raider appears to have a greater focus on tomb raiding. Various reviews have highlighted that this new focus paired with an open-world nature make for a compelling follow-up and something that is varied enough from the first.

During the Rise of the Tomb Raider trial, I did not have an opportunity to experience either of these aspects. It opens with the player scaling an icy and crumbing mountainside — an Uncharted 2 opening train-scene equivalent — to a lost city and a tomb within. The visuals are stunning and, like the first, the mechanics feel polished. (This coming off of Assassin’s Creed: Syndicate which feel clunky to a franchise novice. A story for another post.) After entering the ruins of the lost city, the player is treated with a fairly simple puzzle of rising water and platforming. Unchallenging, but it gives the impression that this type of puzzling will be core to the remainder of the game.

The hour-long trial is ripe with cinematics: the opening, a few during the mountain climb, a flashback highlighting Lara’s father, and the ending. I’d hope that the remainder of the game strays away from the heavy-handed cinematics and quicktime events, opting to focus more on puzzling within tombs. The trial ends in a rushed cinematic with an unnamed baddie, a “shootout” with two henchmen, and a race out of the tomb before it comes crashing down.

Without relying too heavily on reviews elsewhere, the trial of Rise of the Tomb Raider feels like more of the same, albeit a bit prettier than the first title in the franchise.