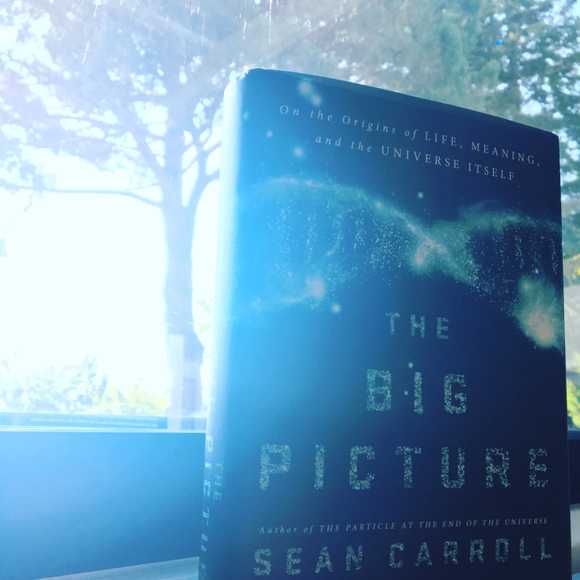 Sean Carroll’s The Big Picture: On the Origins of Life, Meaning, and the Universe Itself is a primer for the state of science today. But at the heart of book lies a core belief and explanation for poetic naturalism. Just what is poetic naturalism? Here’s Carroll in an interview with WIRED’s Eric Niiler:

Atheism is a reaction against theism. It is purely a rejection of an idea. It’s not a positive substantive idea about how the world is. Naturalism is a counterpart to theism. Theism says there’s the physical world and god. Naturalism says there’s only the natural world. There are no spirits, no deities, or anything else. Poetic naturalism emphasizes that there are many ways of talking about the natural world. The fact that the underlying laws of physics are deterministic and impersonal does not mean that at the human level we can’t talk about ideas about reasons and goals and purposes and free will. So poetic naturalism is one way of reconciling what we are sure about the world at an intuitive level. A world that has children. Reconciling that with all the wonderful counterintuitive things about modern science.

For a layman, Carroll breaks down today’s fundamentals of science to painstaking detail (outside of the use of equations) and builds them back up to something simpler that speak to the justification for poetic naturalism. He dives into physics, philosophy, quantum mechanics, biology, and many other fields. He tackles many questions that are asked from casual daydreamers and the depths of Sci-Fi alike. And it all comes wrapped in an idea that there lies something between atheism and theism.

Carroll strives to pit Science against Theism on an even playing field, or one that’s as level as possible; Modern science challenging the ever shrinking God of the gaps. But for all of Carroll’s scientific professing, he is careful never to discount just how vast the gaps remain. By sheer virtue of his lessons on Bayesian credences, he never shuts out theism entirely, always leaving the door unlocked and possibly cracked open.

We’ll see that the existence of life provides, at best, a small boost to the probability that theism is true—while related features of the universe provide an extremely large boost for naturalism.

Chapters and sections read like deep troughs with a steep decline. As soon as the reader is introduced to a concept, Carroll has them barreling down a chasm at breakneck speed, only to bring them up for air in the last few paragraphs. I understood hardly a lick of the depths, but that’s okay. The meat lies in the simplified 30-percent of the pages. I took the rest as hard scientific justification, in the event the reader has any doubts as where Carroll comes up with these notions.

After 433 pages, Core Theory and quantum mechanics and multiverses and up quarks and down quarks are still a mystery to me. But what I did learn — what I can say without a shadow of a doubt — is with as much as we’ve discovered of the Universe, we still know very little. Maybe that will always be the case. Maybe there will always exist the God of the gaps with those gaps shrinking exponentially, but never quite stamped out.