Games achieve chronoslip because they replace the real world with a new one that moves to its own laws of physics and time. This reality engages us totally, and we synchronise with its tempo.

Video games, from the simplest card game to the most vividly rendered fantasy world, consume our attention. When we become lost in a book, we enter a state where the fabricated world and its characters seem to real and pressing that we lose all sense of time. Small wonder it’s so easy to lose oneself in a good game, where one becomes not only an eavesdropper or onlooker on a world, but also an active participant in its action and drama. Video games go further than other fiction: they revolve around us and react to our every choice and input. Just as a piano needs a pianist or a violin needs a violinist, video games are lifeless without us. They need a player in a way that a film does not need a view to function. 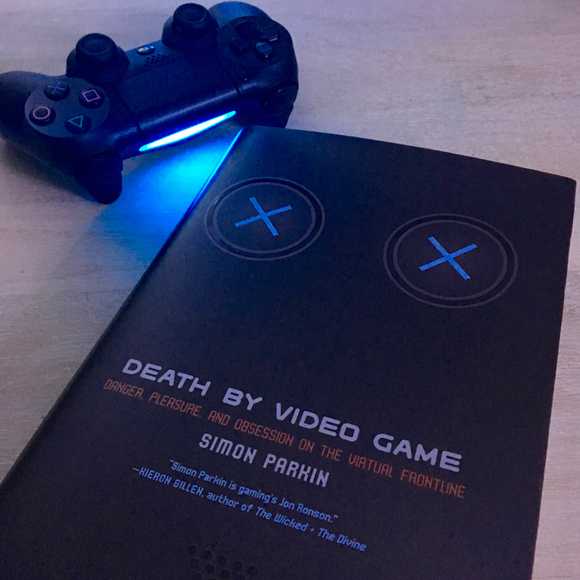 Simon Parkin’s book, Death by Video Game, categorizes 12 different facets of video games that, for better or worse, make the medium addicting. Reading it, I felt vindicated. I wasn’t alone in my reasons for play, and was enlightened about the reasons others gravitate toward the activity.

As an entertainment medium, video games offer escape, control, and story. As a technology, they push the bounds of simulated physics, animation, textures, and lighting. As a social platform, they foster community via global communication and participation — each of these facets evolving rapidly year over year. In my lifetime, I’ve gone from playing limited, albeit revolutionary, 8-bit single-player side-scrolling jaunts to open world massively multiplayer online role-playing games to photorealistic action-adventure juggernauts.

After finishing the read — a difficult one to put down, mind you — came a steadfast itch to pick up a controller. No Man’s Sky, an exploration game with over 18 quintillion procedurally-generated explorable planets, which is briefly touched on in the book, had just been released. And Inside, Playdead’s successor to their melancholy indie hit Limbo, was gathering incredibly high marks.

In the debate of open-ended vs short story, I will always choose short story. Therefore, Inside. 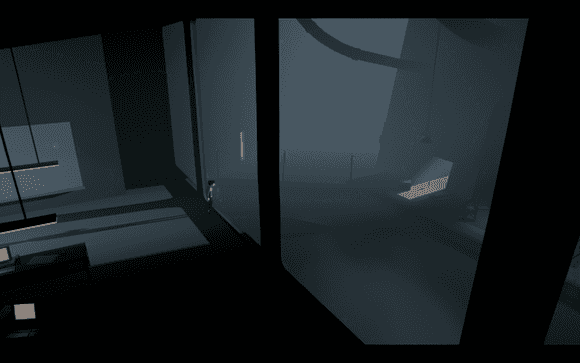 Players are thrust into a dark and wooded area as a boy being hunted by mysterious men in trucks; dogs seek you as their prey. Peak X-Files. Once you have escaped the wood, you happen upon a farm and cornfield. Deceased wildlife pepper the dreary, fog-laden landscape. And what’s that worm-like thing sticking out of that pig?

More than their incredible art style, subtle and gradual storytelling with layers of mysteries, answers, and more questions, and impeccable taste for atmosphere, developer Play Dead’s fantastic switch-a-roo two-thirds into the game sticks with the player. A shock and horror convention is elegantly flipped on it’s head leaving you, the player, scrambling to rework your preconceived notions about the story and characters. It’s challenging, and in hindsight, speaks to the reaction and thought process of being wrong that so many feel today. Can we really be so sure about our truths? Are our beliefs simply sold to us by a manufactured narrative that elicits good as evil, god as grim, heaven as hell? How perceptive can we truly be? Is our mind a slave to the brain? Are we really in control?

It’s difficult to discuss Inside without giving too much away; therefore, I will leave you with an appropriate quote from what turned out to be an appropriately timed and, ultimately, serendipitous read, the aforementioned Death by Video Game:

Moreover, video games flatter us: their worlds exist for our benefits, and usually, revolve around us. A video game requires a player: without input, it is inert. Our world, by contrast, seems indifferent to us. The cogs around us, both natural and human-made, turn regardless of our interest or input. It is sometimes difficult to know whether we matter, whether anyone cares. When a company loses our details or forgets about us for some reason, we talk of being ‘lost in the system.’ This is how loneliness is seeded in the human heart: a sense that the world and all of its people are indifferent, oblivious.